Crannog Seafood Restaurant is joining with Garrison West for the 2020 season for a combined menu in Cameron Square.

Crannog Restaurant opened its doors in 1989, and has been serving excellent Scottish seafood ever since.  This year we are combining our menu with Garrison West’s and serving in that one location in Cameron Square, Fort William town centre.  More details here.
​
Crannogs were ancient settlements built on lochs by Celts in Scotland and Ireland. Fishing was an integral part of the Crannog communities, and they thrived in their self-sufficient lifestyle. 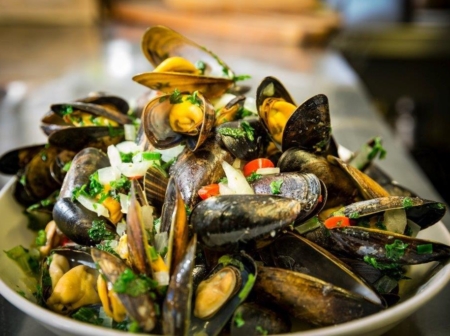 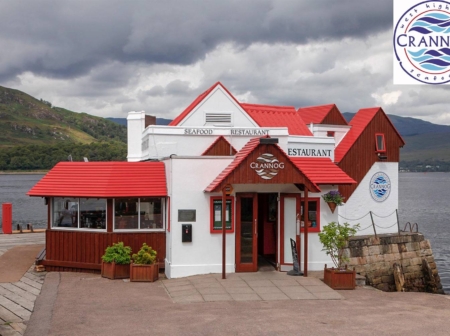 Lorna and Finlay Finlayson felt the name Crannog embodied their vision perfectly; a concept built on strong fishing roots and community. People, seafood and integrity are still at the centre of Crannog’s values.

The restaurant itself is set on a pier on the edge of Loch Linnhe, also reminiscent of a traditional Crannog. The building has a long history, including use as a ferry terminal, a war look out point and Finlay’s fishing store shed. It was then re-designed and renovated in 1988 to house what is now Crannog Restaurant.