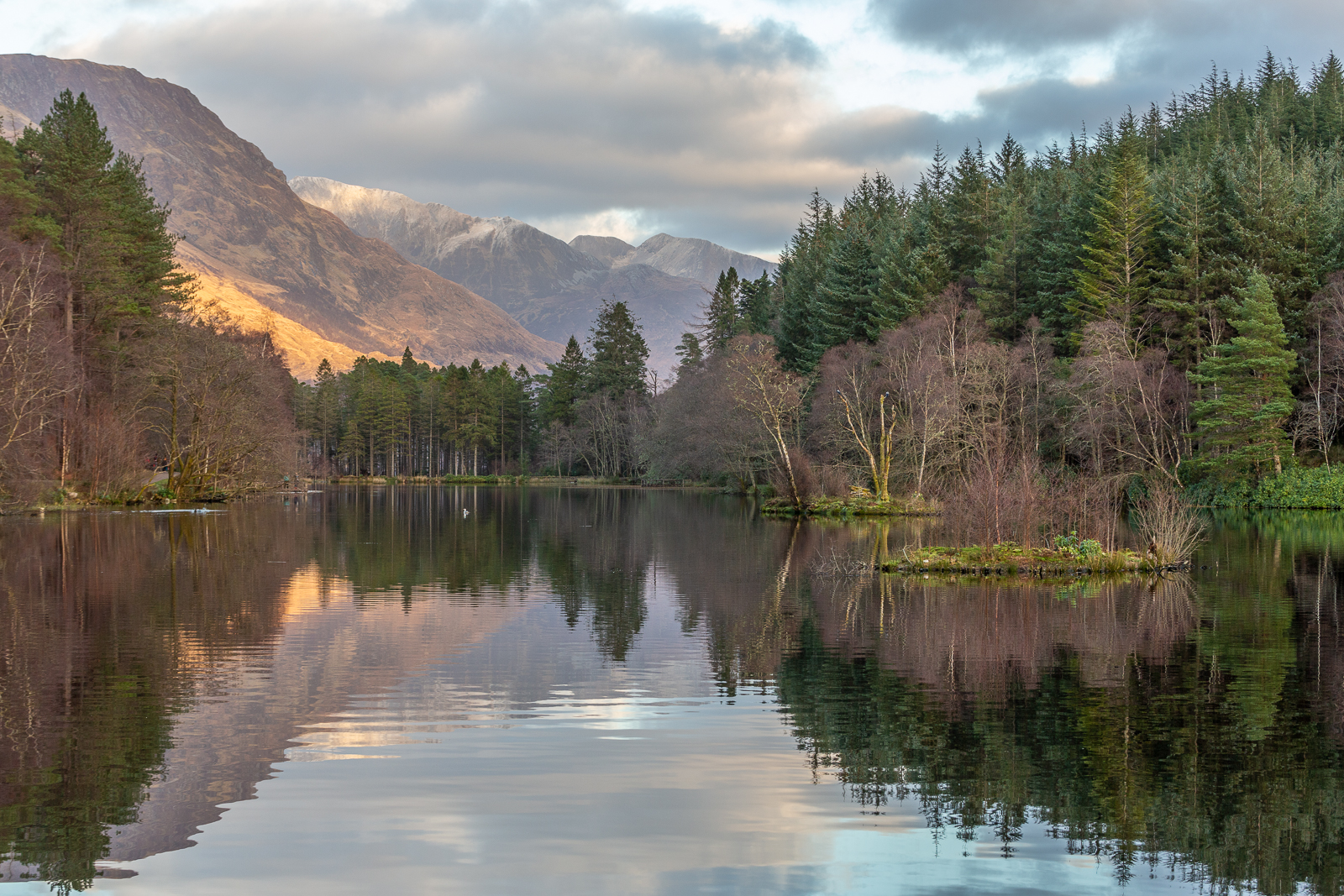 Glencoe – an iconic name and a unique environment

There are at least four places named Glencoe in Australia, three in Canada, around 20 in the US, and the name is also found in both South Africa and New Zealand. With a name known so far and wide, it’s no surprise that, each year, we welcome so many visitors to Fort William from around the world, and the UK, to spend time in the original Glencoe. Some are even completing what they see as a pilgrimage from one such place to the other, like clan members making their homecoming!

While narrow and U-shaped in aspect, and named after the river that runs through it, GlenCoe itself bears volcanic origins, and what has been described as a ‘grim grandeur’. From the A82, as you approach, its mountainous and angular peaked neighbours can appear to restrain it slightly, holding in one of the most beautiful and spectacular of landscapes. At every moment, this entire place is truly a wildlife or scenic photographer’s dream.

As you travel westwards towards Invercoe, the terrain does soften in its feel. It is also a place where each season can present an amazingly different aspect and palette, and any moment of the year seems like a special occasion. It also quickly explains why parts of the glen have been chosen as a location for movies as diverse as Skyfall, Harry Potter, Rob Roy, Monty Python and Braveheart.

The Glencoe Mountain Resort – a year round location

Set on the astonishing Rannoch Moor and overlooked by the stunning Buachaille Etive More, this superb resort offers a large campsite, plus motorhome hook-ups and microlodges. During the summer season, you can enjoy the chairlift ride over stunning waterfalls, rising around 2,200 feet in just 12 amazing minutes. At its end, one nearby viewpoint offers a stunning spot for a picnic; the second, after a brisk walk, takes you on to the summit of Creag Dhubh and a 360 degree panoramic view. During high summer, the aptly named Eagle’s Rest Cafe will welcome you in. If you prefer, the licensed log cabin cafe at the base of the chairlift offers superb meals from breakfast and on throughout the day.

Many activities are vigorously pursued, from mountain biking, with trails for all levels of expertise (coaching is also available on specified dates), to dry-slope tubing, as well as hill-walking and climbing.

For winter season visitors, a ski lift has been here since 1956; there are now seven lifts and 19 pistes for skiers to enjoy. These range from truly gentle beginner slopes on a plateau, to the steepest and longest in the land. The school offers both skiing and snowboarding lessons, at all levels and with either group or private instruction. Or, you can buy a chairlift ticket, and then use a sledge free of charge! You may even see groups undergoing avalanche rescue training – a reminder that this is a walk on the wilder side!

Over the years, some folk who know about these things have described Glencoe as one of the world’s greatest climbing locations. It’s truly a place where history mingles with wilderness beauty to create a piece of magnificence. From the south, as you cross Rannoch Moor, you’ll catch sight of the Mamore range. Be careful not to get too lost in the moment though, as a magnificent stag may wander imperiously on to the road.

Some mountains are at their best from a distance. Buachaille Etive More surely passes that test, but, on closer inspection, yields so many different climbs that an entire holiday spent here wouldn’t exhaust your options. As you head into the glen, you’ll find Buachaille Etive Beag, followed by a trio known as The Three Sisters. When you add further peaks such as Bidean nam Bian, Stob Coire nan Lochan, and Am Bodach, you’ll see why the earlier claim was made about the status of this location, and why the famous Glencoe Mountain Rescue Team are hugely respected by so many.

Another popular choice is the conical Pap of Glencoe, which stands at the end of the Aonach Eagach Ridge, and looks down from just under 2,500 feet on the River Coe as it spreads itself into Loch Leven. Outside of Glencoe village, and about 1km west of a youth hostel, a pebble path leads onto the slopes. The final part of the climb can be extremely muddy and boggy, and some scrambling is required close to the summit.

If you’re more of a walker than a climber, then much of the previous information will still yield locations for walks of an intensity of your own choosing. One of the newer activities is Geocaching, where a GPS receiver is used to play a game of hide and seek with containers. On finding one, the geocacher enters their details in the enclosed logbook and then returns it to where it was discovered. Participants have stated that such caches are hidden in Glencoe.

You might also want to try some of the more popular walks in the area. These include the Glencoe Orbital Track, which starts out from the village car park. Then there’s The Lost Valley, which takes a couple of hours and sets off from the car parks on the A82 opposite The Three Sisters. The Glencoe Lochan Walk, in the heart of the glen itself, a comfortable three miles, sets off from the Forest Car Park just past the village. There are red, yellow and blue trails – and the first is also suitable for wheelchair access.

A village sitting on history

The village of Glencoe is sited in an area of the glen known as Carnoch, referring to the Gaelic term for ‘a place of cairns’. However, the location remains forever etched in Scotland’s bloody history as the spot where ‘The Massacre’ occurred, although the killings took place all over the glen as those fleeing were relentlessly pursued.

On the morning of 13th February 1692, 38 members of Clan MacDonald were slaughtered by around 120 troops, under the command of Robert Campbell of Glenlyon, who had been granted a typical Highland welcome and proper hospitality. These troops were acting on behalf of the government of King William III. It is also reckoned that another 40 women and children, whose homes were burned down, later died of exposure.

Over the centuries, the happenings have found their way into many stories, and are believed to be an inspiration, if that’s the right word, for a pivotal scene in Game of Thrones. The event was even mentioned in the hugely popular TV series Mad Men.

An area for all seasons

A title that Glencoe truly deserves. What has been mentioned here offers only a flavour of a special place that you can enjoy at your own pace and in your own style. When the volcano erupted, some 420 million years ago, followed by Ice Age glaciations, it set in place the environment that will offer itself to you, as a place of refuge and renewal, or one to test yourself in many ways. And, after you experience Glencoe, nearby Fort William will be waiting with a warm welcome as you recover from any exertions.