Much of history is of great events.

Good or bad – often told from the point of view of the victor. But often on a journey through Fort Williams museum and see that the little personal items have a story to tell.

To take a very brief short tour through the West Highland Museum start at 1588.

The defeat of the Spanish Armada led to a small display in the museum. The most important artefact is the cannon measure – very rare and therefore precious. Alongside there are some pieces of eight, not outstanding or particularly attractive looking. These were for the sailors’ pay. One piece of eight (eight Spanish Reales) was a week’s wage for an able seaman. Those on display were recovered from the Sound of Mull where they had sunk with the young sailors who didn’t live to spend their pay. 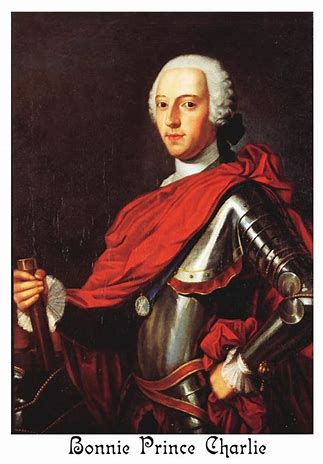 Never mind 1888 or 1715 most attention is centred on the “Bonnie Prince“. There he is in The Secret Portrait, gallant and handsome. Perhaps he was but artists learned to lie with a brush long before the camera did. Go round the case and there is the death mask of a disappointed and dissolute man. Next read a letter from a single mother, knowing her relationship is over, but pleading for maintenance for her daughter. This is not a letter to Iain Duncan Smith or David Cameron. To prove there is nothing new under the sun, it is from Clementina Walkinshaw to Prince Charles Edward Stewart asking for some little help in raising their daughter.

Look at Flora MacDonald’s sewing kit and book of devotions – such little things. Did they go with her to the Tower of London to North Carolina or were they acquired long after the Jacobite cause was no more.

Fast forward to 1815 and the Battle of Quatre Bras.

On the 200th anniversary of the battle some of our members rushed around taking photographs of the Waterloo Medals. What they ignored seems much more poignant. The battledore and shuttlecock which belonged to John Cameron of Fassfern brings a small boy to life again and the hussif complete with protective herbs sent to him from a young lady from Kinlocheil gives a personal touch to a gallant soldier.