1. A man goes into a shop to return a pair of shoes, complaining that there’s a lace missing… 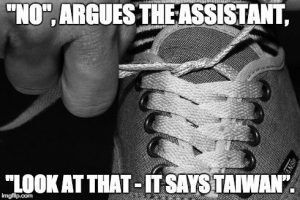 2. What did the Glaswegian pair of conjoined twins call their autobiography? 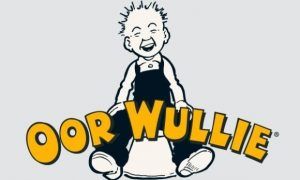 3. A Glasgow woman goes to the dentist for a check up and he asks her to take a seat. 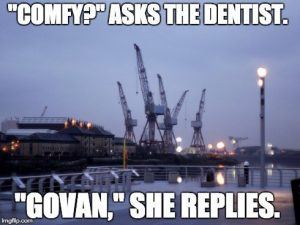 4. If there are ten cows in a field, which one is closest to Saudi Arabia? 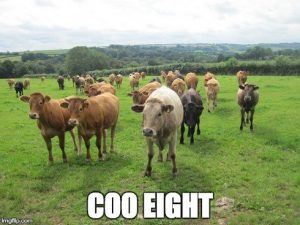 5. A lassie phones her dad after a night in the pub and says: “Can you come and pick me up? I’ve missed the last bus and it’s pouring with rain.” 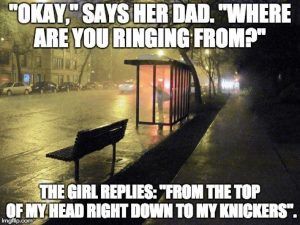 6. After a couple announced their engagement, the groom-to-be tells his pal he will, obviously, be wearing a kilt to his wedding. 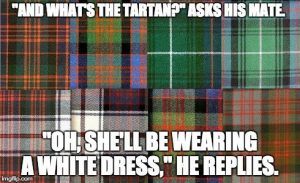 7. How can you tell the difference between Bing Crosby and Walt Disney? 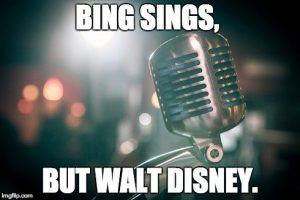 8. A short-sighted Scotsman goes into a bakery, points to the counter and asks, “Is that a doughnut, or a meringue?” 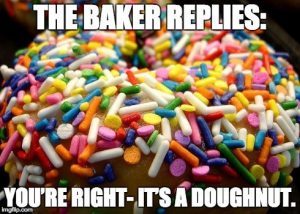 9. Why did the chocolate bar melt? 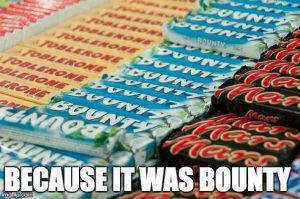 10. What’s the first question at a ned quiz night? 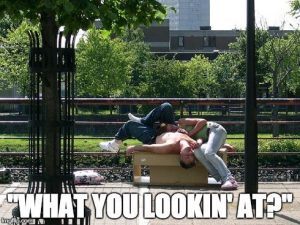 11. A Scotsman in London on business is having trouble phoning home from a telephone box. 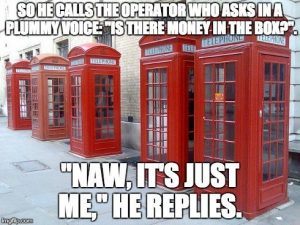 12. What’s the name for a Scotsman with one foot inside his house and one foot outside? 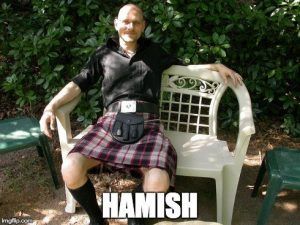 13. There are two cows in a field, but how do you tell which one is on holiday? 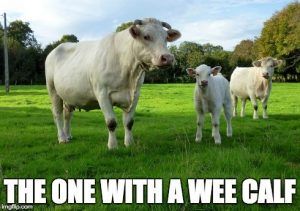 Thanks to ScotlandNow and Bruce Lawson for the jokes.

View all posts by WEB ADMIN →

This site uses Akismet to reduce spam. Learn how your comment data is processed.